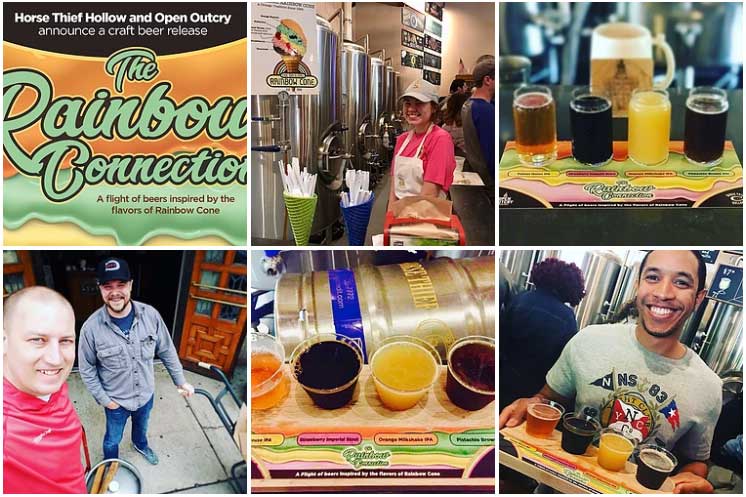 A rainbow stretched down Western Avenue this week, from 92nd Street all the way to 109th. You may not have seen it, but if you’re a beer fan, chances are you tasted it.

‘The Rainbow Connection’ craft beer release on May 22 drew hundreds of local residents as well as beer drinkers participating in Illinois Craft Beer Week. They came to Horse Thief Hollow and Open Outcry to taste the breweries’ homage to The Original Rainbow Cone. Neil Byers of Horse Thief and John Brand of Open Outcry brewed two craft beers apiece that were inspired by the flavors of the iconic ice cream shop, which is celebrating its 92nd birthday this year. Horse Thief created pistachio and orange flavored beers, while Open Outcry made Palmer House and strawberry-chocolate brews. The four limited-edition beers were presented as a flight at both breweries, and will be available until their kegs run dry. Rainbow Cone was also on hand at both breweries, scooping their famous cones for hungry customers.

A very happy 92nd birthday to The Original Rainbow Cone!