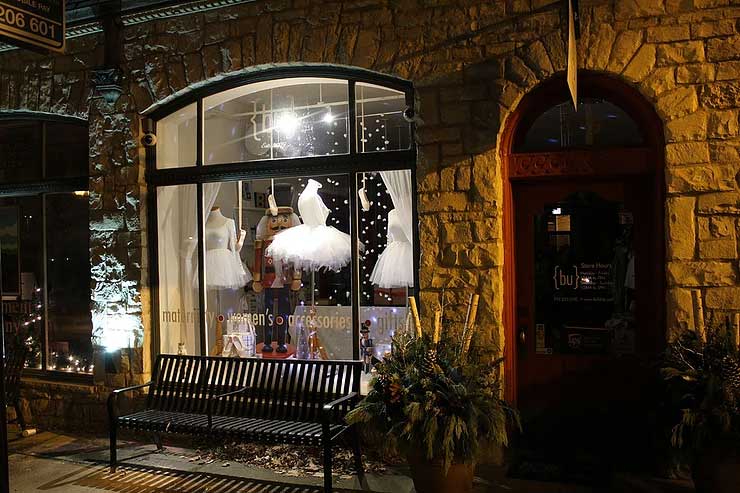 The Morgan Park Beverly Hills Business Association is pleased to announce the winners of its inaugural Holiday Decorating Contest. Nearly 40 local businesses participated in the competition, vying for first place in three different categories. They made the 19th Ward feel more festive with their beautiful and creative holiday displays.

The three categories in the contest were Merry and Bright, Most Creative, and People’s Choice. A panel of judges selected the winners in the first two categories, and more than 900 votes were cast for the People’s Choice class.

At the MPBHBA’s Twelfth Night party in January, Executive Director Caroline Connors announced the winners and presented them with certificates. Barney Callaghan’s earned first place in the “Merry and Bright” category for their sparkling display that included two reindeer, a star, and greenery. “Most Creative” had two first-place winners. Belle Up won for their Nutcracker-themed window. It featured an array of toy nutcrackers and soldiers, ballet slippers, snowflake lights, and a trio of twirling mannequins wearing white tutus. Everything’s Relative also was selected for their beautiful lighted peace sign, silver reindeer, and strands of hanging lights resembling tresses. Nicole Marie Salon captured the “People’s Choice” vote for their lovely display of lit curtains. View the winners and some of the other competitors at our online gallery.

Congratulations to the winners, and thanks to all the businesses that brightened our holiday season with creative and colorful decorations: